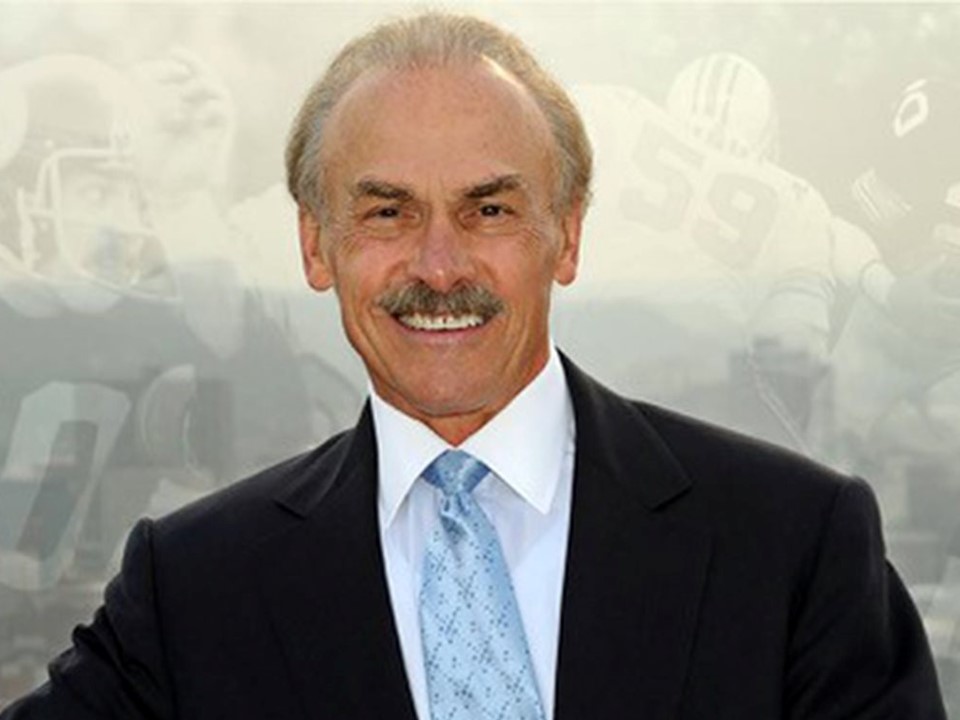 U.S. Army veteran and former Pittsburgh Steelers’ running back Rocky Bleier will serve as the Grand Marshal of this year’s Military Appreciation Days Parade on Farrow Parkway. The parade is sponsored by the Myrtle Beach Area Chamber of Commerce and begins at 10:30 a.m., Saturday, May 23. It’s a highlight of the Grand Strand’s month-long celebration of our dedicated military men, women and families for their service.

As Grand Marshal, Rocky Bleier will lead the parade, then greet fans immediately afterward at the Family Picnic at Valor Memorial Garden. Everyone’s invited to enjoy the festivities, which include military exhibits and displays, live music from the Andrew Thielen Big Band and a free picnic lunch, prepared by the Omar Chefs Shriners. By the way, this is Bleier’s second tour of duty as Grand Marshal, having previously served in 2013.

Rocky Bleier’s life story is a gripping tale of courage on the football fields of America and the battlefields of Vietnam. A 1968 graduate of Notre Dame University, Bleier was drafted by the NFL’s Pittsburgh Steelers in the 16th round. As his first season ended, he was drafted again by the U.S. Army in December 1968, putting his football career on hold.

Bleier volunteered to serve in Vietnam, arriving there in May 1969 with the 196th Light Infantry Brigade. On August 20, 1969, his platoon ran into an ambush, and his legs were seriously wounded by rifle fire and grenade fragments. The U.S. Army Specialist 4 was awarded the Purple Heart and Bronze Star. Bleier survived the injuries but could barely walk, and doctors advised that he would never play football again.

A year later, still weak, he reported to the Steelers’ training camp but didn’t make the starting roster. Undaunted, Bleier drove himself for two years to overcome the physical obstacles. Little by little, he fought back, successfully re-joining the Steelers’ line-up in 1972.

By 1974, he had earned a starting spot as a running back for a team that won four Super Bowls, and he even caught the go-ahead touchdown pass from Terry Bradshaw in Super Bowl XIII. Bleier retired after the 1980 season with a career total of 3,865 rushing yards, 136 receptions and 25 touchdowns.

The Military Appreciation Committee is excited to have Rocky Bleier return as Grand Marshal for the 2020 Military Appreciation Parade. His military service, determination, optimism and inspiration are a perfect fit for May’s month-long recognition of our service men and women and our military heritage here in Myrtle Beach.

Military Appreciation Days are sponsored by the City of Myrtle Beach and the Myrtle Beach Area Chamber of Commerce, with assistance from many local groups and organizations. The Military Appreciation Committee looks for a celebrity with a military background to serve as grand marshal for the annual parade. Previous grand marshals have included John McCain, Buzz Aldrin, J. R. Martinez, Montel Williams, Noah Galloway, Alex Skarlatos, DeShauna Barber and Keni Thomas.

“Bleier was one of our most popular Grand Marshals ever, and we are thrilled to welcome him back,” Public Information Officer Mark Kruea said. “With so many Pittsburgh residents relocating to the Grand Strand through the years, we expect that his service in Vietnam and his football career will be a winning combination again this year. Rocky is one of those truly inspirational people who leans into life’s twists and turns to achieve his goals,” Kruea added.