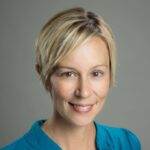 Sure, it’s that time of year to kick off football season, but it’s also time to gear up for the release of some of fall’s hottest movies to hit the big screen.

And the place to kick off the fall flicks is at The Market Common’s Grand 14 Movie Theatre, featuring 14 screens and stadium seating within a state-of-the-art experience of digital sound and projection.

Plan to sit back and relax in one of Grand 14’s high-back rocker leather seats with a tub of popcorn to take in the release of one (or more) of these movies this fall:

Sept. 19-20, 4-6 p.m.: Downton Abbey with An Evening of Downton Abbey with a Twist special event opener. This event, combined with Painting With a Twist, invites Downton fans to paint a scenic picture with a glass of wine from concessions in the lobby. A $50 ticket includes canvas, brushes and paints in this two-hour session, one movie ticket (stay after the session to watch the movie or come back at a later time) and one glass of wine. A $65 pass includes everything above, plus three glasses of wine. Tickets can be purchased at guest services; seating is limited. Moviegoers must be 21 years and older; ID is required.

Sept 27: Abominable. Family movie night! This is deemed to be the big children’s animation for September, as a teen and her mischievous friends embark on an epic quest to reunite a Yeti with his beloved family.

Oct. 6: Joker. Joaquin Phoenix’s take on the titular character from the Batman mythos.

Oct. 11: The Addams Family. Just in time for Halloween, this terrorific family makes their big screen return in this animated feature.

Oct. 18: Zombieland 2. No one can wait for the fearless foursome to resume their Zombietastic world’s-end-killing ways.

Nov. 1: Arctic Dogs. A cool animated feature for the kids – and the dogs – to kick off November.

Harriet. The story of Harriet Tubman finally makes it way to the big screen, following her journey in her escape from slavery through the dangerous missions she led to liberate hundreds of slaves through the Underground Railroad.

Terminator. Linda Hamilton is back with a vengeance, and we’re told we’ll also be treated to a cameo from Arnold, too.

Last Christmas. On a much different note, this tear-jerking Christmas rom/com/drama will be set to the music of George Michael.

Midway. The Pacific Battle of Midway World War II story is told once again, but updated CGI technology brings the scenes bigger and bolder onto the big screen.

Playing with Fire. Fire superintendent Jake Carson and his team of firefighters rescue three siblings and quickly learn that, despite their intense fire training, babysitting is challenging and children, much like fire, are unpredictable. Grand 14 plans to host a First Responders Event to kick off this funny, heartwarming fireman-themed flick. Check for details and updates on Facebook.

Nov. 15: Charlie’s Angels. This series reboot of the 2000 version features a new trio of angels, plus Elizabeth Banks as Bosley and as the movie’s director. Looking good.

Ford vs. Ferrari. There are chick flicks, and then there are movies like this. Starring Matt Damon and Christian Bale, this film follows American automotive designer Carroll Shelby and fearless British race car driver Ken Miles as they unite to build a revolutionary vehicle for the Ford Motor Co. and compete against the race cars of Enzo Ferrari at the 24 Hours of Le Mans in France in 1966.

Nov 21: 21 Bridges. This movie that plays into a game of cat and mouse is centered on a NYPD detective and his manhunt for two young cop killers, which ultimately leads to authorities taking extreme measures by closing all of Manhattan’s 21 bridges to prevent the suspects’ escape.

A Beautiful day in the Neighborhood. This warm-hearted, pre-holiday release, plus Tom Hanks as Mr. Rogers equals an Oscar nom.

Frozen 2. Just when you thought you’ve “Let it Go” more than enough, this Disney blockbuster returns for a second round with more adventures to be had by Anna, Elsa, Kristoff, Olaf and Sven.

Nov 27: Knives Out. Along the lines of the murder/mystery classic, “Clue,” this film stars Chris Evans and Daniel Craig, a detective and trooper who travel to a lush estate to interview the quirky relatives of a patriarch who died during his 85th birthday celebration.

Queen and Slim. This hard-hitting drama focuses on the title characters, who are pulled over on their first date for a minor traffic violation that turns into the couple being labeled as cop killers.

For movie tickets and times, and for more info on Grand 14’s ongoing Flashback Cinema series that replay classic film titles on the big screen, visit www.Facebook.com/Grand14MarketCommon or https://www.stonetheatres.com/grand14cinemas.