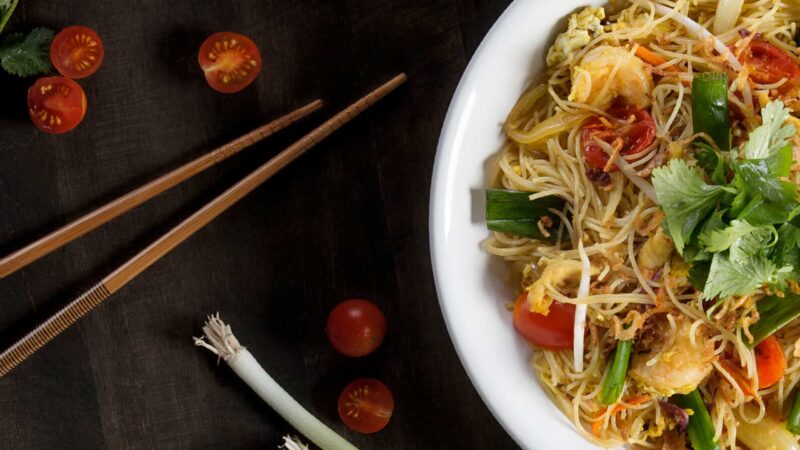 At P.F. Chang’s you are surrounded by a unique environment combining influences of Chinese and American cultures. A panoramic, hand-painted mural depicting 12th century China, is visible from the main dining room and commands attention as the restaurant’s centerpiece, while several terra-cotta warriors stand guard.

These elements showcase the cuisine and create a stylish, comfortable, upbeat dining experience for our guests.

in the last week

This is usually my favorite place to go to celebrate (birthday, anniversary, Mother's Day, etc) because they make the best Mongolian Beef dish! We made reservations and went this past weekend, for Mother's Day. They seated us pretty quickly, once we checked in, so no complaints there. Our waiter was friendly and attentive, made small talk and made sure we were taken care of. The problem came when it came down to the food. My son ordered the honey shrimp, and they brought out chicken instead. It took my son a moment to figure it out, bit we called the waiter over and let him know. He apologized and took the dish back, and brought the correct dish out pretty quickly. My husband also found large pieces of egg shells in his fried rice, which I understand happens sometimes- but these were LARGE pieces of shell and I'm not sure how the cook and the waiter both missed spotting them. Again, we let the waiter know and he apologized, but didn't offer to replace the dish - so we just sort of pushed the rest of it to the side. The food is good, don't get me wrong, but it has gone down a little the last 2 times we've been there. The bill was steep, and the portions weren't nearly as big as they used to be. I am a little disappointed, honestly.

Enjoyed the lunch bowls. I had beef and broccoli, my friend ordered Mongolian beef. Both were amazing. I had a pear mohito which was amazing and very refreshing. My friend enjoyed the Sangria. Definitely a must do while in Market Common

PF Chang's is great! The food is always consistently good. The service is always good. My Wife sure loves the Sake mixed with Chambord! The entrees , soup, and appetizers are delicious. The atmosphere is great but a little crowed for most tables because of the floor space, and I assume they want to serve a lot of tables. The bar area is a good place to sit for one or two adults. They take reservations which is a big help and they do a good job managing the process. You can count me in to return here many times!

No where close to being worth the cost. Service is poor and slow, attention to detail lacks to say the least. Incorrect food served and had to ask for it to be corrected after being told what they served was almost like what was ordered. Had to ask for drink refills on a few occasions. We were told the Incorrect item was removed from bill it wasn't, we then asked and that caused a delay and an incorrect charge to our card. Food that was correct tasted ok but not good enough to be worth the wait or cost so just save yourself some time and money and go anywhere else.

5 out of 5 stars!!! Brandon is the man. He is the best waiter in town. Top notch service, attitude and drinks. I will definitely be back!!! World-wide!