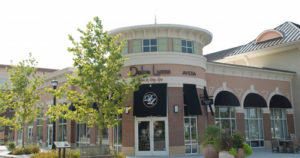 An AVEDA lifestyle, full-service salon & spa. Color to cut, extensions,  relaxers, nails, waxing, facials, and massage. We will enhance your life with personal attention in a relaxing environment.

I want to give special thank you to Michael. He is by far the best message therapist I have ever been too. A very professional person with great skills. I see him on a regular basis for Lymph drainage. Great to get rid of toxins and help reduce fat. Thank you for all your help Michael.

I was originally scheduled with Melanie because I’ve always went to Melanie and had no problems but she got sick so they called me and asked if I was okay with another stylist cutting my hair so I said yes. I go in and show Susan exactly how I want my hair and she immediately starts off by telling me it’s going to be hard to style and maintain. She doesn’t cut enough off and styles it completely different than I asked her too. When I asked her to cut more off, she refused to saying it wouldn’t look right. I had a very specific style of hair in mind for myself and I left unsatisfied and upset I spent so much money on hair that wasn’t what I wanted. I decided to leave rather than press the matter because it seemed like she would rather tell me all the reasons the cut I wanted wouldn’t look good than actually give me what I want. I knew I could find better service and someone who would understand the cut I wanted to achieve elsewhere. My cut wasn’t bad, Susan did great achieving hair that was to her liking, just not mine.

This has been my salon since we moved here during the pandemic. I was comfortable going there because they had a lot of precautions in place. Tasha is great. Although it is pricey

I had a great cut and color. Everyone was very friendly. Susan did a awesome job!

Love my facial with Emily- she was so informative and helpful with answering my question- and she didn’t try to sell any products like some other places do. Love her!