Trust Thy Barber to Take Care of You 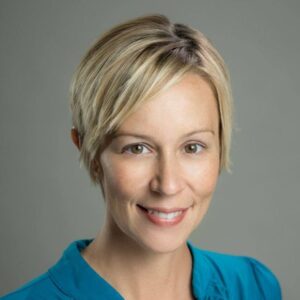 It’s not just about looking good, it’s about feeling good. And that’s exactly what owner Tommy Printz is delivering to each client who sits down in one of the chairs in front of him at the new Trust Thy Barber here in The Market Common.

“The name came from the comfort our clients should feel when we have a straight razor held at their neck for our shaves,” says Tommy. “It’s just that kind of trust, precision and experience they can rely on each and every time they come in here: to Trust Thy Barber.”

The idea came from Tommy’s family ties in the barber shop industry, with his dad serving as the barber of his small hometown outside of Akron, Ohio, when growing up. But, at the time, Tommy didn’t want to follow in Dad’s footsteps. After graduating from high school, he instead joined the Army as a medic and, after fulfilling his duty to his country, he used his G.I. Bill to pay for barber school.

Tommy remembers many vacations to Myrtle Beach as a kid, and on one visit later in life with his wife and two children, Tommy felt a tug to make Myrtle Beach home. So much so, he was determined to make a permanent move if he could find a job here to make enough money in three months for his family to relocate here with him. He found a Help Wanted ad for Woody’s Barbershop, and in 2005, he and his family started their new life here in Myrtle Beach.

Over the years, Tommy also enrolled in digital art classes at Horry Georgetown Technical College with his remaining G.I. Bill funds, worked at a large format sign printer, and then returned to his barber roots at 18/8, a high-end men’s salon.

“But, as my training and job title progressed, my rate also kept rising to like $35 for a men’s haircut and I felt bad and just had clients who couldn’t justify paying for that,” says Tommy.

That’s when he decided to open his own shop, and Trust Thy Barber was first born as a mini 8-foot by 10-foot business within a collective workspace building called Sola Salon on 42nd Avenue North. But Tommy was thinking bigger and better, which was brought him here to The Market Common.

“Every day, I’d drive by here and when it became vacant, I knew this was my space,” he says.

Business at Trust Thy Barber has been booming, he says, spawned from his philosophy to treat each client like a “rock star.”

“Technical skill is the least of the formula to cutting hair,” says Tommy. “He has to have a good personality and have the characteristics of a polymath – like Vincent Van Gogh, if you will.”

The classic barbershop offers all the services of your grandfather’s – haircuts, buzz cuts, beard trims, straight razor shaves, shampoo and hot towel, even nose and ear hair trim – but with added trendy, pampered upgrades, like beer and water from the cooler, snacks and TV. The kids (and kids at heart) will also love to pass time on their classic video arcade game standing in the corner.

Walk-ins are welcome, but appointments are appreciated. Right now, the barber staff is at two, including Tommy and Pat Lynch, but he plans to add more experienced barbers in the new year, as well as son in the future. He’s currently studying the trade at a vocational school in Conway and Tommy says he’s saving a chair on the end just for him.

Look for the Trust Thy Barber barber’s pole at 3091 Deville Street. To book an appointment, call 843-712-1080 or visit www.trustthybarber.com.